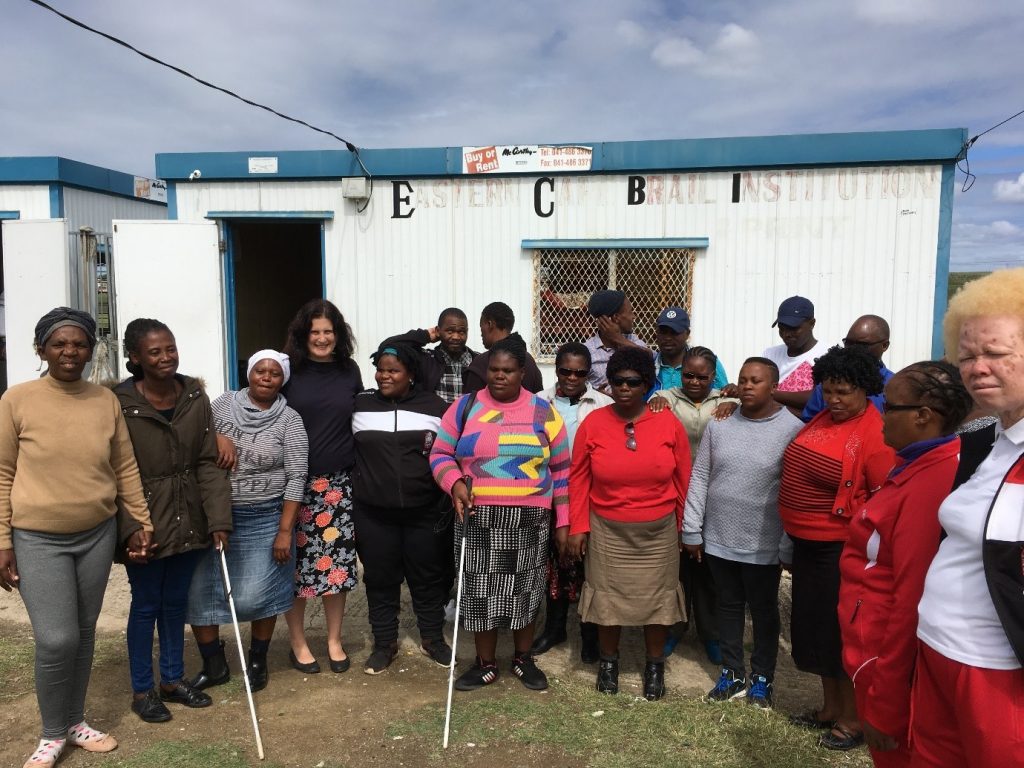 An aspect of our work that is not often highlighted is our work with blind people in South Africa. Our ANCP Manager, Vanessa Little, saw the impact of this when she spent time recently with the Eastern Cape Braille Institute near the town of Grahamstown.

The Eastern Cape Braille Institute is a community-based organisation, originally established as a support group for blind community members. It is now a strong advocate not only for their own rights, but the rights of their communities. The institute has its origins in the Safe Persons program established by our partner, the Department of Social Responsibility (DSR) of the Diocese of Grahamstown.

This small organisation has an impressive advocacy record in their community. They have ensured that housing provided by the government is adequately designed for people who are visually impaired, and they recently held a door knock to identify the needs of disabled community members. The doorknock identified a lack of access for wheelchairs, so the institute took action on this and is now waiting on the delivery of the wheelchairs.

Vanessa was impressed with their negotiation skills. “For a small group of people, they certainly hold sway in negotiations with decision makers,” she said. “This tireless group is currently working with the Electoral Commission of South Africa to make sure that all blind people in their local area have access to the Universal Ballot Paper during the upcoming South African general election in May.”

If they are successful, it will mean that blind people will have the ability to vote by themselves. That will give them the confidence and independence to participate in the election, ensuring their vote and voice is heard. We’re hoping and praying that their desire to vote on their own will be realised.