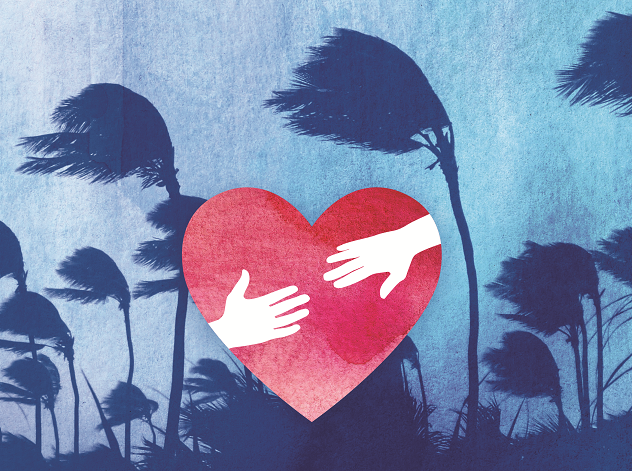 Anglican Overseas Aid is increasingly involved in preparing for disasters. This includes making sure that when disasters occur, the risk of harm is reduced and the people affected are able to cope in the best way possible. Good preparation saves lives and allows people to recover more quickly despite their circumstances.

Preparation for disaster is also found in the Old Testament. In Genesis 41 we read about a situation where Pharaoh, the mighty leader of Egypt, was unable to find anyone to interpret his dreams. So he called on Joseph, who told him that his dreams referred to an imminent period where there would be seven years of abundant crops, followed immediately by seven years of famine.

Joseph then advised Pharaoh to prepare for this upcoming time by storing up food in the abundant years so that, when the famine came, they would have enough to survive.

Fortunately for everyone, Pharaoh heeded Joseph’s advice, and Egypt had an abundance of food despite the years of famine. The preparations they made ensured that the people flourished.

If we look at the chapters preceding this story, we also discover that Joseph was a man who was found to be trustworthy and reliable. He proved himself to be a man of integrity. Joseph was put in charge of Potiphar’s household, and he was given added responsibility and authority under Pharaoh.

Even though Pharaoh was a ruthless ruler, he had a trusted relationship with Joseph, which explains why he listened to Joseph’s interpretation of his dreams and then took the appropriate action. It was as a result of the fact that Joseph was a trusted servant that Egypt was able to flourish during the years of famine, even while other nations around them suffered.

What does this story tell us about God?

We believe God wants all people to have all the opportunities in life that we in Australia often take for granted. We don’t believe it is God’s will for people to suffer in disasters.

If you look at the impact of disasters around the world, it is overwhelmingly people living in poverty who suffer the most, as they are the ones who live in the most vulnerable places. Vanuatu is a good example. This group of Pacific islands is known as a tropical paradise and is a tourist destination for many Australians. But, as you can read elsewhere in this issue of Abundance, Vanuatu is also the most at-risk nation in the world in terms of its ability to respond to natural disasters.

This is also the case for many other countries. However, when a major natural event strikes a rich country, the number of human casualties is generally far less because the infrastructure is in place to aid recovery very quickly.

It is incumbent on those of us living in relatively wealthy and secure nations like Australia to do all we can to love our neighbours in countries that don’t have the infrastructure in place that we have.

All people are made in the image of God, whether we live in poverty or in affluence. It is not God’s will that some should suffer more than others simply because of where they live and what they were born into.

Think of times when you have heard of natural disasters in the news, and make a list of the countries they occurred in. Categorise them into rich and poor countries and discuss what you know of their ability to recover from these disasters.

Then pray as a group for those countries, and for openness for yourselves to do God’s will in response to the next time a disaster happens.