Home Anglican Church of Melanesia, Vanuatu Standing up to domestic violence in Vanuatu

In small communities in Vanuatu the tide of gender-based violence is receding with greater awareness and knowledge gained through social networks. 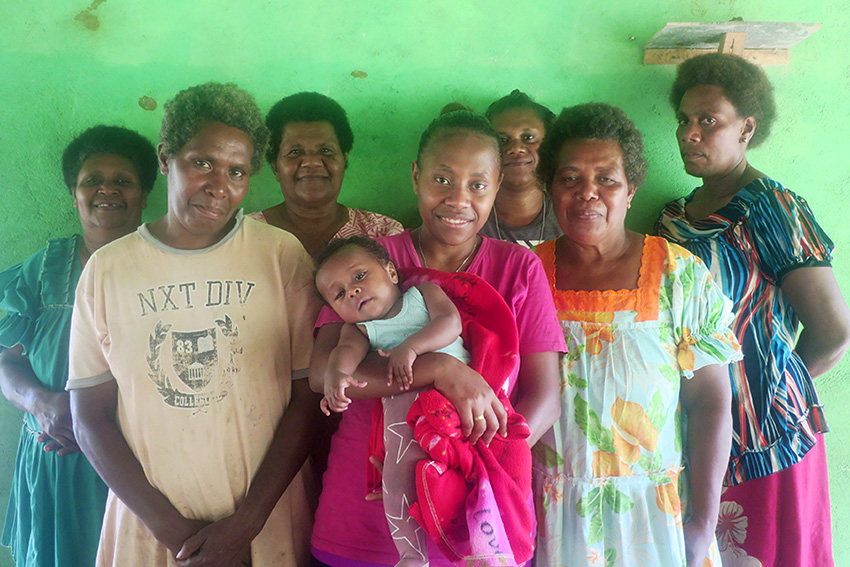 Sheryl* is a 66-year-old Ni-Vanuatu woman who lives on Pentecost Island, Vanuatu. She is a mother of eight, grandmother, and a community leader. Sheryl has changed work locations in recent times, but she now finds herself living back in her home village.

Like many women from Pentecost, Sheryl grew up witnessing her father abuse her mother. In a home and community where violence against women was the norm, Sheryl believed “it was okay for men to hit women”. The cycle of abuse continued when she married; Sheryl was physically abused by her husband for decades.

It was not until Sheryl began work with the government and the Anglican Church of Melanesia’s Mothers’ Union that she became aware of beliefs and attitudes that were different from those she grew up with. She was introduced and exposed to women opposing gender-based violence (GBV) and learned that the violence she was experiencing was not right and that she no longer had to endure it.

Sheryl built awareness and knowledge of the effects of GBV with her husband, resulting in a significant transformation within him. However, it wasn’t until 1995 that change was realised. Then 45 years old and carrying their eighth child, Sheryl was relieved that her husband stopped abusing her following a serious injury he caused both her and their unborn child.

Today, Sheryl teaches her three sons to “talk to your wives, not hit them. Discuss your problems; understand each other”. On Pentecost, she says “women are not aware yet, they don’t know their rights. Women believe men hit us to teach us. I used to think it was okay for men to hit women, but now I know it is not”.

Sheryl believes the church is starting to address GBV by preaching and raising awareness of it. She is also working hard with the Pentecost chiefs and has caused a shift in their beliefs to the point where the chiefs now refer cases of abuse to her and involve her in running awareness sessions.

The Safe, Resilient Communities project – which we support through funding from the Australian Government – is assisting more women like Sheryl. The project team was on Pentecost in October facilitating a study which gathered information through interviewing community members about their beliefs and attitudes towards GBV.  The project aims to change harmful community beliefs and attitudes towards GBV, creating safer communities for women, men and children through community education and social networks.

Many women like Sheryl are benefiting from this wonderful project, and the plan is to reach hundreds more women like her across Vanuatu.

*her name has been changed to protect her privacy

To support this program select ’17. Vanuatu – livelihoods and women’s empowerment’ from the drop-down menu on our donate page.