Home Our work Who we work with Anglican Church of Melanesia, Vanuatu

About ACOM in Vanuatu

The Anglican Church of Melanesia (ACOM) is part of the Anglican Communion and includes eight dioceses across Solomon Islands, Vanuatu and New Caledonia.

ACOM was formed in 1861 by Bishop George Selwyn under the Diocese of Melanesia, within the Church of the Province of New Zealand.

Today, there are nearly 200,000 Anglicans out of an estimated population of more than 800,000 people in Solomon Islands and Vanuatu, and a newly formed parish in Nouméa, New Caledonia.

What does ACOM in Vanuatu do?

The Anglican Church of Melanesia has a range of activities as an active church in the Pacific.

These include ministry and mission, social and community development, and strengthening the capacity of the organisation.

Social and community development work is overseen by the Board of Mission of the Anglican Church of Melanesia, and includes health, education (including adult literacy), community development, child protection, working with people with disabilities, gender programs, family violence programs, responding to climate change, and disaster risk reduction.

The Anglican Church of Melanesia in Vanuatu is part of the Vanuatu Church Partnership Program that is funded by the Australian Government’s Department of Foreign Affairs and Trade. Its focus is on the delivery of water, sanitation and hygiene infrastructure to communities within the two Vanuatu dioceses: the Diocese of Vanuatu and New Caledonia (Sanma and Penema Provinces) and the Diocese of Banks and Torres (Torba Province).

Our partnership: the background

Anglican Overseas Aid has been partnering with the Anglican Church of Melanesia in Vanuatu since 2012.

The partnership began with Anglican Overseas Aid providing a small amount of funding for a pilot project to replicate the successful solar lights work that had been taking place in Solomon Islands. The pilot, called the Women and Youth Empowerment project, was a success and it was included in the Australian Government funding program in 2013-14.

Communities also learned knowledge and skills by sharing information within their social networks. The program also prepared communities to respond to the impacts of disasters, focusing on the protection of vulnerable people.

Our partnership: what we do now

AOA is now working with ACOMV on the Positive Parenting Program. This program has two main goals. They are:

To achieve these goals, the program will maintain support networks in communities which have already been established, and establish additional networks in new communities.

The facilitators of the program ensure that networks within communities promote healthy relationships. This makes for greater wellbeing and creating safer and more cohesive communities as more equity exists within them.

Funding: The Positive Parenting Program is funded by small grants and by donations from the Australian public. 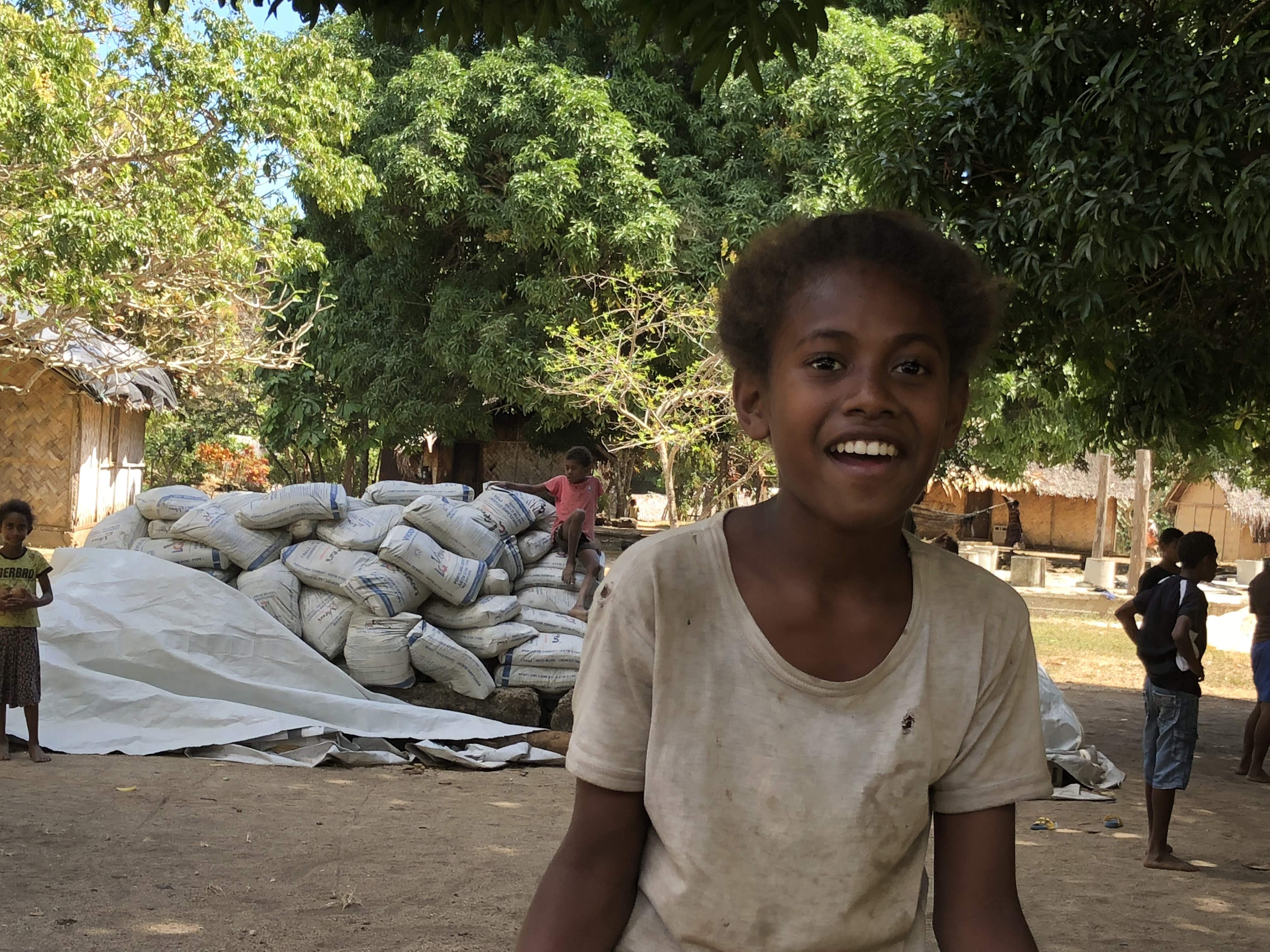 Remembering the World Day of Prayer

Friday 5 March 2021 was the World Day of Prayer. This is a global ecumenical movement led by Christian women who welcome you to join in prayer and action for peace and justice. This year, the focus of the day was the Pacific country of Vanuatu. About 60 ...
Read more

Speaking up: Empowering the vulnerable in a crisis.

Sometimes it is hard to speak up when something is wrong. It is even harder when there has been a disaster, and when you are already experiencing vulnerability in your community. We have been working with our partner, the Anglican Church of Melanesia, to reduc...
Read more

Swept away: food and the burden of flooding in the Solomon Islands

The province of Guadalcanal, the second largest island in the Solomon Islands and home of it's capital, Honiara, plays an essential role in growing enough food to feed the nation's people. So, when Tropical Cyclone Harold brought with it devastating floods in ...
Read more

Disability in times of disaster – ensuring those most vulnerable aren’t left behind.

Living with a disability is challenging. In remote and rural settings in Vanuatu, these challenges are compounded by the dangers that come with the threat of natural disasters, like Tropical Cyclone Harold that hit earlier this year. This is how the Anglican C...
Read more

COVID-19: Our partners and our work

How is COVID-19 affecting the countries we work in? Though most of us would say our lives have been considerably impacted in some way, we know that global catastrophes such as COVID-19 hit the poor in developing countries hardest. Many of the world’s po...
Read more

Responding to TC Harold – Supporting the Solomon Islands and Vanuatu

After Category 5 Cyclone Harold battered the Pacific in the lead up to Easter this year, people in the Solomon Islands and Vanuatu have been faced with the dual challenge of responding to the threat of COVID-19 and recovering from another environmental disaste...
Read more

Standing up to domestic violence in Vanuatu

In small communities in Vanuatu the tide of gender-based violence is receding with greater awareness and knowledge gained through social networks. Sheryl* is a 66-year-old Ni-Vanuatu woman who lives on Pentecost Island, Vanuatu. She is a mother of eight...
Read more

Antoinette and Joanna have been on a sacred journey of transformation. In Vanuatu, our partner Anglican Church of Melanesia (ACOM) teaches women how to save money through Saving and Education Groups. Through these groups hundreds of women are learning to save...
Read more

We recently took part in the Asia Pacific Humanitarian Leadership Conference in Melbourne. Two of our staff, along with Ethel George from our partner in Vanuatu, made significant contributions to the conference. The first presentation we contributed was by ...
Read more

How your donations have been spent in Ambae!

Last year we provided $10,000 from our Rapid Response Emergency Fund to our friends in Ambae, Vanuatu. This was to assist them with their recovery and rehabilitation efforts following the volcanic activity that had forced the evacuation of the entire popul...
Read more

The Livelihoods and Women's Empowerment Program is implemented by the Anglican Church of Melanesia in the Vanuatu. The project has been running since 2012, funded through the Australian Government’s Australian NGO Cooperation Program (ANCP)  as well as from do...
Read more

As one of our closest neighbours and one that many of us have at least some degree of familiarity with, Vanuatu is a Pacific Island nation of great contrast. In August, our Acting International Programs Manager, Kylie, visited our work there. Here, she ref...
Read more

Living with a volcano in your backyard

Have you ever seen a volcano shooting lava into the sky? That’s what happened in September last year, and has happened again in recent weeks on the island of Ambae in Vanuatu. When the Manaro volcano threatened to erupt last year, it forced the Vanua...
Read more

Evacuation of Ambae Island in Vanuatu

The Vanuatu Government declared a state of emergency for the island of Ambae in mid-April 2018 as volcanic ash was again spewing ash and smoke into the air. The volcanic activity has been causing acid rain and potentially making the island uninhabitable...
Read more

What do you see when you look at this photo?

First impressions may be that this looks like a tropical paradise - blue skies and blue water. Taken on the island of Ambae in the Penama Province of Vanuatu, that is what you are seeing, except you aren’t. According to Fr. Willie Ben Tabi, the manager of T...
Read more

The Church Agencies Network Disaster Operations (CAN DO), of which Anglican Overseas Aid is a member, has welcomed the Australian Department of Foreign Affairs and Trade’s (DFAT) announcement of an additional $750,000 in funding for over 10,000 people displace...
Read more

Have you ever seen a volcano erupting? That’s what is currently happening on the island of Ambae in Vanuatu, and it is threatening the livelihoods of thousands of people. Vanuatu is the most at-risk country in the world in terms of being able to respond to ...
Read more

How coconut oil is helping communities in Vanuatu!

Participants in our Livelihoods and Women’s Empowerment project in Vanuatu have just finished a course called Statem Bisnis Blong Yu (Starting your own business) run by the local Chamber of Commerce. The project is funded through the Australian Government'...
Read more

Lighting up family life in Vanuatu

Marsden Vuvu looks up from behind his desk and welcomes us with a huge smile, before wheeling himself out to warmly shake our hands. Marsden has recently been appointed as a sales agent for our solar lights project in this part of northern Vanuatu. We have ...
Read more