Home Our work Where we work Vanuatu 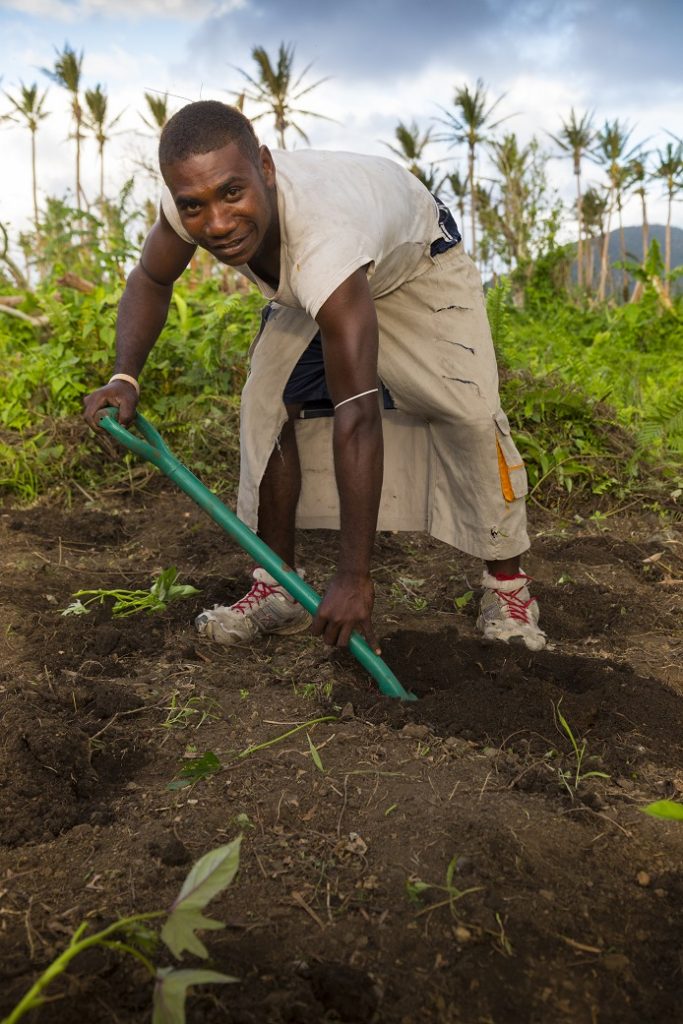 Our partner in Vanuatu is the Anglican Church of Melanesia (ACOMV).

The Pacific island nation of Vanuatu has a population of approximately 300,000 people spread across about 65 of the nation’s 80 islands.

Vanuatu is ranked 140 out of 189 nations on the Human Development Index , and is the world’s most at-risk country in terms of vulnerability to natural disasters and ability to recover .

Family violence is an endemic issue across Vanuatu. Violence within the home remains a national challenge.

While the drivers of violence in Vanuatu are complex, a 2018 gender analysis undertaken by our partner, the Anglican Church of Melanesia, and AOA, captured the voices of approximately 200 men, women and youth including church leaders and chiefs. The data gathered showed the clear link between violent practices and underlying harmful societal, spiritual and cultural beliefs.

What we're doing in Vanuatu

The Anglican Church of Melanesia is still working with ACOM to respond to a humanitarian emergency in 2018 caused by volcanic activity which forced the evacuation of the entire population of 10,000 people of Ambae Island. ACOM has also supported the repatriation and resilience building of the communities from late 2017. ACOM is partnering with other local churches and the government to support relocation of communities as well as long-term reliance on building and community planning to adapt to the environment on Ambae and nearby islands.

Through the Church Agencies Network Disaster Operations (CAN DO) partnership, Anglican Overseas Aid and ACOM are working with the Adventist Development Relief Agency as well as with other local churches to utilise grassroots church structures to improve information sharing with the government on how to live with an active volcano and on the protection of women and children in crisis.

Funding: The Ambae volcano response is funded solely by donations from the Australian public.

Remembering the World Day of Prayer

Friday 5 March 2021 was the World Day of Prayer. This is a global ecumenical movement led by Christian women who welcome you to join in prayer and action for peace and justice. This year, the focus of the day was the Pacific country of Vanuatu. About 60 ...
Read more

Speaking up: Empowering the vulnerable in a crisis.

Sometimes it is hard to speak up when something is wrong. It is even harder when there has been a disaster, and when you are already experiencing vulnerability in your community. We have been working with our partner, the Anglican Church of Melanesia, to reduc...
Read more

Swept away: food and the burden of flooding in the Solomon Islands

The province of Guadalcanal, the second largest island in the Solomon Islands and home of it's capital, Honiara, plays an essential role in growing enough food to feed the nation's people. So, when Tropical Cyclone Harold brought with it devastating floods in ...
Read more

Disability in times of disaster – ensuring those most vulnerable aren’t left behind.

Living with a disability is challenging. In remote and rural settings in Vanuatu, these challenges are compounded by the dangers that come with the threat of natural disasters, like Tropical Cyclone Harold that hit earlier this year. This is how the Anglican C...
Read more

COVID-19: Our partners and our work

How is COVID-19 affecting the countries we work in? Though most of us would say our lives have been considerably impacted in some way, we know that global catastrophes such as COVID-19 hit the poor in developing countries hardest. Many of the world’s po...
Read more

Responding to TC Harold – Supporting the Solomon Islands and Vanuatu

After Category 5 Cyclone Harold battered the Pacific in the lead up to Easter this year, people in the Solomon Islands and Vanuatu have been faced with the dual challenge of responding to the threat of COVID-19 and recovering from another environmental disaste...
Read more

Standing up to domestic violence in Vanuatu

In small communities in Vanuatu the tide of gender-based violence is receding with greater awareness and knowledge gained through social networks. Sheryl* is a 66-year-old Ni-Vanuatu woman who lives on Pentecost Island, Vanuatu. She is a mother of eight...
Read more

Between bushfires and rising seas – a church response to climate change

Our CEO Rev Dr Bob Mitchell discusses the Australian bushfires in the global climate context When the clock ticked over into the new decade, Australia was already facing the challenge of out-of-control bushfires, affecting large areas across the country. ...
Read more

By Renee Kobelt Communications Officer Islands and coasts are battered by wind and waves while the land bakes through droughts. Lives are lost, incomes dry up as yields dwindle, and homes and history are swallowed up as the sea claims the land. As t...
Read more

Antoinette and Joanna have been on a sacred journey of transformation. In Vanuatu, our partner Anglican Church of Melanesia (ACOM) teaches women how to save money through Saving and Education Groups. Through these groups hundreds of women are learning to save...
Read more

We recently took part in the Asia Pacific Humanitarian Leadership Conference in Melbourne. Two of our staff, along with Ethel George from our partner in Vanuatu, made significant contributions to the conference. The first presentation we contributed was by ...
Read more

How your donations have been spent in Ambae!

Last year we provided $10,000 from our Rapid Response Emergency Fund to our friends in Ambae, Vanuatu. This was to assist them with their recovery and rehabilitation efforts following the volcanic activity that had forced the evacuation of the entire popul...
Read more

The Livelihoods and Women's Empowerment Program is implemented by the Anglican Church of Melanesia in the Vanuatu. The project has been running since 2012, funded through the Australian Government’s Australian NGO Cooperation Program (ANCP)  as well as from do...
Read more

As one of our closest neighbours and one that many of us have at least some degree of familiarity with, Vanuatu is a Pacific Island nation of great contrast. In August, our Acting International Programs Manager, Kylie, visited our work there. Here, she ref...
Read more

Living with a volcano in your backyard

Have you ever seen a volcano shooting lava into the sky? That’s what happened in September last year, and has happened again in recent weeks on the island of Ambae in Vanuatu. When the Manaro volcano threatened to erupt last year, it forced the Vanua...
Read more

Evacuation of Ambae Island in Vanuatu

The Vanuatu Government declared a state of emergency for the island of Ambae in mid-April 2018 as volcanic ash was again spewing ash and smoke into the air. The volcanic activity has been causing acid rain and potentially making the island uninhabitable...
Read more

What do you see when you look at this photo?

First impressions may be that this looks like a tropical paradise - blue skies and blue water. Taken on the island of Ambae in the Penama Province of Vanuatu, that is what you are seeing, except you aren’t. According to Fr. Willie Ben Tabi, the manager of T...
Read more

The Church Agencies Network Disaster Operations (CAN DO), of which Anglican Overseas Aid is a member, has welcomed the Australian Department of Foreign Affairs and Trade’s (DFAT) announcement of an additional $750,000 in funding for over 10,000 people displace...
Read more

Have you ever seen a volcano erupting? That’s what is currently happening on the island of Ambae in Vanuatu, and it is threatening the livelihoods of thousands of people. Vanuatu is the most at-risk country in the world in terms of being able to respond to ...
Read more