Home Our work Where we work Ethiopia 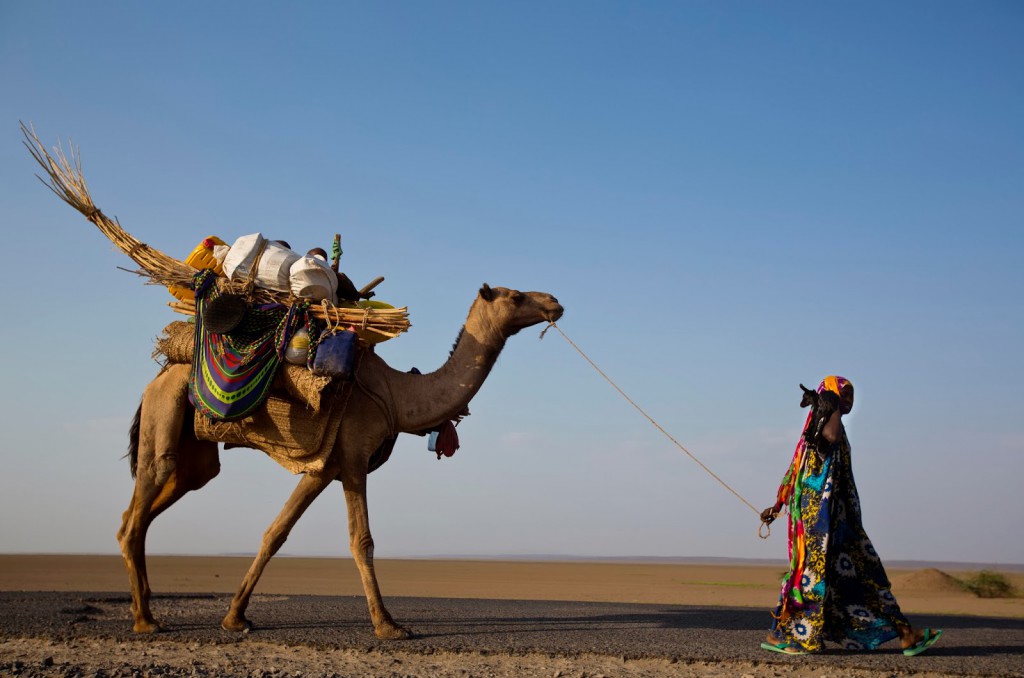 Our partner in Ethiopia is the Afar Pastoralist Development Association (APDA), which works with the Afar people in the remote north-east of the country.

The land-locked nation of Ethiopia is located in the Horn of Africa in the continent’s north-east, and shares borders with Sudan, South Sudan, Eritrea, Djibouti, Somalia and Kenya. Out of the population of 84.2 million, more than 29 percent are living in poverty. Ethiopia is ranked 174 on the Human Development Index, out of 188 nations.

The problems of poverty, and specific issues such as maternal health, are more acute in remote and marginalised communities. This is the case for people in the Afar region in the north-east of the country, which is one of the toughest places in the world to live.

The Afar lands also extend into parts of Djibouti and southern Eritrea. The region has some of the hottest inhabited places on Earth – some areas exceed 50 degrees Celsius in the hot season. Crops cannot be grown on the arid land, so the Afar people, who are primarily Islamic, live a traditional semi-nomadic lifestyle, moving their goat and camel herds in search of feed.

Lack of access to maternal and child health care in the Afar region means there is a high infant mortality rate, high maternal death rates, and poor health and nutrition for the surviving children. Most women give birth in their villages with no medical attention, and it is estimated that up to 1 in 12 women will die during pregnancy during their lifetimes. The spread of disease is more likely as people move across the country. Children are also vulnerable to diarrhea, measles, malaria and HIV/AIDS.

What we are doing in Ethiopia

Anglican Overseas Aid has been partnering with APDA for more than 15 years. APDA runs a variety of programs to help the Afar people, many of them focusing on vulnerable women and children. The programs include health and vaccination, water provision, maternal and child health, education and more.

Until 2016, we worked with APDA through The Road Less Travelled project. This project focused on improving nutrition and maternal and child health through improved access to community-based health services. This was part of a five-year Australian Government funded project which ended in June 2016.

From July 2016 to 2018, we worked with APDA to establish the first ever FM radio station in the region.

In October 2018, we supported APDA through our Strengthening Remote Education project. This project worked to ensure that education remains accessible to and inclusive of children from Pastoralist communities during the current period of prolonged humanitarian crisis, benefiting 2,100 children.

For the last few years the Afar region has been suffering from water security issues. Again this year drought has pushed the Afar people to crisis point, with farmers having to travel enormous distances to find water for their herds, and families resorting to paying high prices for trucked water just to survive. To help with a long term solution to this increasingly dire problem, we are supporting a Dam Reconstruction and Building Project. Reconstructing the existing dam and building a new one will ensure that rainfall is captured effectively and available close-by year-round.

Valerie Browning, from APDA, speaks passionately of the plight of the Afar people, which has become increasingly desperate after the dam dried up. She says that it is crucial to dig out the dam now so that they can collect the next rains.

“The community is very, very desperate to do this. It means everything to them – it means their life, literally. If their herds have got to go kilometres and kilometres to find water first, walking huge distances, then even grazing, the milk is not near the house, the animals are in danger, they have to live away, the family is divided. The children, women and elderly are left to suffer.”

In December 2018 supporters Zach and Richard Browning visited the Afar people, spending some time with them, listening to their plight and their dreams of water sustainability. The below video describes the current situation. (The dam dried up about 4 weeks after these photos and videos were taken)

Ethiopia’s year-long war between the Tigray People’s Liberation Front (TPLF) and government forces has killed thousands of people and forced more than two million from their homes.

Due to the insecurity as a result of the conflict, there are no health services aside from APDA mobile health services. APDA has implemented a mobile health service in the region for 10 years, with a deliberate focus on maternal health, given that mothers without antenatal checking and support in delivery and postnatal care are extremely vulnerable.

Additional support is now needed to prevent disease outbreak at one of the most vulnerable times of the year. Due to unreliable rains, it is expected that herds will not produce much milk, the Awash River will run very low and be contaminated, and the overall environment for disease spread is intensified.

Therefore the project plans to implement nutrition screening, hygiene and sanitation awareness providing soap and water purification as needed, as well as a campaign to vaccinate all children under 5 years against measles.

Funding: Our ongoing work with APDA is funded by donations from the Australian public.

If you would like to donate to our work in Ethiopia, click on the ‘Please Donate’ button (choose ‘Ethiopia – APDA & Valerie Browning’ from the ‘Donation’ drop-down menu):

Restoring an ancient vision of Afar

In one of the harshest places to live on Earth, the nomadic people who call the Afar home depend on rain and the dams that it fills for survival. At the Bargaale dam in the Afar region of northern Ethiopia, a miracle used to occur every day. Literally t...
Read more

Restoring an oasis – building dams to sustain life in the Afar

Water supplies in the Unduru region of Afar, Ethiopia, are increasingly perilous. Our new activities of reconstructing existing, and building new dams will ensure that when it does rain, the Afar people will have life saving water reserves.   ...
Read more

The food crisis in East Africa has been out of the news for most of the last year. Thankfully though, the people are not forgotten. The work of recovery for them continues. It seems like a long time ago that we reached out to you with our East Africa ...
Read more

As many of you will be aware, our wonderful Australia Africa Community Engagement Scheme (AACES) project in Ethiopia and Kenya ended last year. The final reports for the project are now available for you to download for free.  The reports show the impact of...
Read more

Anglican Overseas Aid was recently privileged to organise an evening with Australian nurse and midwife, Valerie Browning. Visiting Australia and New Zealand from her home in the Afar region of northern Ethiopia, Valerie spoke to a group of about 40 people ...
Read more

The Afar region of Ethiopia is one of the toughest places in the world to live. It has some of the hottest inhabited places on Earth – some areas exceed 50 degrees Celsius in the hot season. The Afar people, who are primarily Islamic, live a traditional sem...
Read more