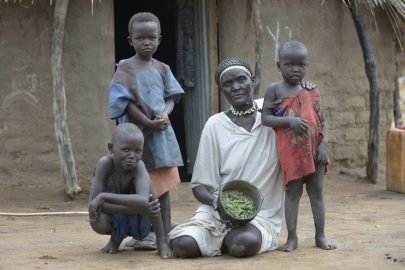 Adut Dheiu holds the wild leaves she feeds her family in Pamat, a village in South Sudan’s Lol State where a persistent drought has destroyed crops, left people hungry, and pushed up incidences of malnutrition. Dheiu’s five children, three of whom are pictured here, often don’t go to school because without food they are too weak to study. The family has received food vouchers from a local aid organization supported by Christian Aid, a member of the ACT Alliance. The vouchers allowed families like hers to buy the food they needed, while supporting local traders and markets. Yet it wasn’t enough, and Dheiu goes into the bush to harvest the so-called “hunger foods” so her children have something to eat. Photo credit: ACT Alliance, Paul Jeffrey

Since early 2017, East Africa has been facing a famine which has the potential to affect up to 20 million people.

Triggered by a combination of drought, conflict and a lack of humanitarian access, communities have been uprooted and forced to flee in search of safety and food.

We first launched this appeal in 2017 to help the millions suffering in Kenya, South Sudan and Ethiopia, and have been responding since.

This appeal has built on our earlier rapid response to three partners in Africa: the Episcopal Church of South Sudan (to support the Sudanese Development and Relief Agency in South Sudan (SUDRA)), Anglican Church of Kenya Diocese of Mt Kenya West in Kenya (ACKMCW), and the Afar Pastoralist Development Association (APDA) in Ethiopia. We provided $10,000 to each partner from our Rapid Response Emergency Fund. However, with the continuing crisis, a bigger response was needed.

Your continuing support to ease this suffering will help us reach thousands of people.

Our partner in Kenya, ACKMKW, has been reaching 22,500 households with emergency food relief rations in Laikipia North Sub-County. Pregnant and breastfeeding women, and households with children under five are being prioritised.

Money has also been directed to South Sudan, through the ACT Alliance, directed to our partner Christian Aid. Christian Aid has been doing much including providing relief supplies to the refugees that have fled in search of safety.

In Ethiopia, APDA Program Coordinator and good friend, Valerie Browning, is very grateful for the funding and has said that “we are really on the edge of a precipice of imminent disaster, with communities growing weaker at each turn.”

APDA has been using the funds to work on providing food relief for vulnerable communities. The funds have helped many thousands of vulnerable people.

This money is providing emergency food and nutrition, health services, water, sanitation, and agricultural support to vulnerable communities, particularly women and children. Should the funds raised exceed the East Africa Food Crisis Appeal, the excess funds will support our Rapid Response Emergency Fund for use in future disasters. 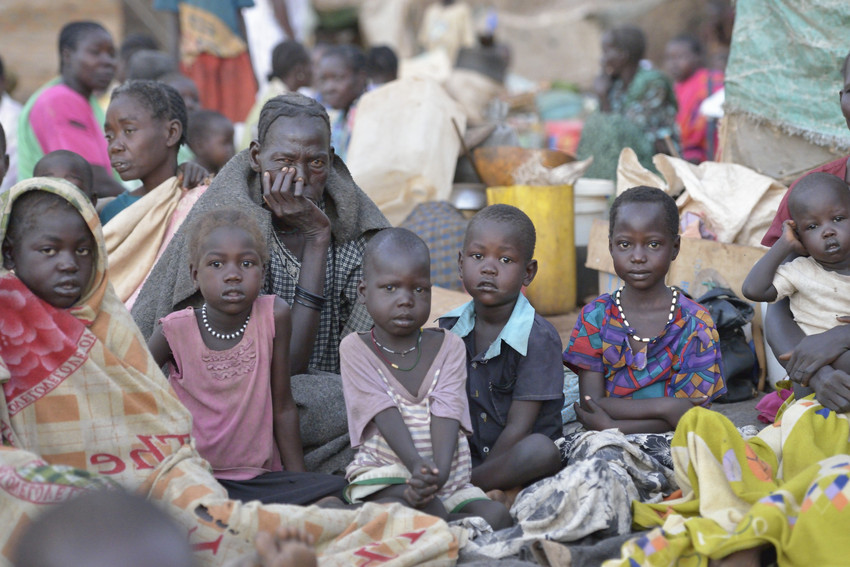 A family sit in the camp that is home to over 5,000 internally displaced persons in an Episcopal Church compound in Wau, South Sudan. Most of the families in the camp were displaced by conflict that has been ongoing since June 2016. Photo credit: ACT Alliance, Paul Jeffrey 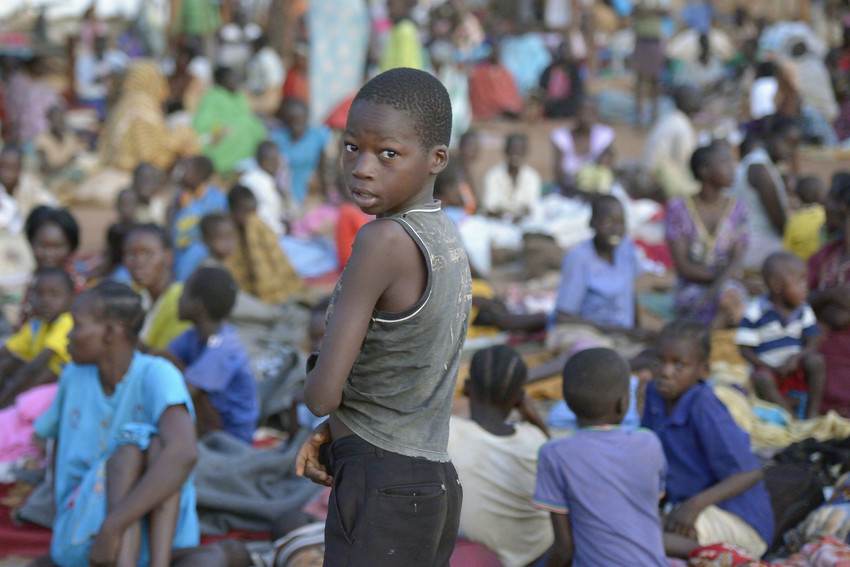 A child stands in the refugee camp that has become home after fleeing conflict and hunger. The camp provides a safe place to stay as well as access to food and water. Photo credit: ACT Alliance, Paul Jeffrey

Read more about the situation: