Home About Us Our Staff and Board 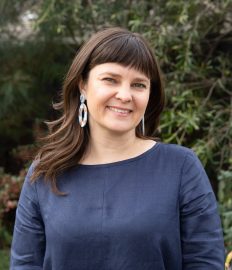 Jo is a Christian leader and Anglican with 20 years of experience and a strong commitment to justice and sustainability.

Jo thrives on bold social justice initiatives. These have included the start-up of a youth movement fighting poverty, refugee test cases as a lawyer, leading through not-for-profit boards and management, and creating advocacy campaigns and global Church responses to the climate crisis.

She is an analytical and creative thinker and communicator, experienced in organisational strategy and operations, legal and compliance, resource generation, and engagement with Christians. She works across cultures with people in partnership for maximum impact and brings her experience as an influencer, advocate and innovator.

Jo is married to Peter Carolane, who is the Senior Minister of Merri Creek Anglican in Melbourne’s inner north, and they have two boys. 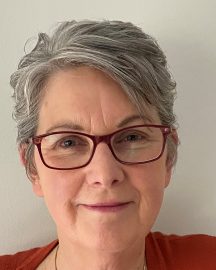 Leanne brings many years of ministry experience to Anglican Overseas Aid, having served in church leadership, management, administration, personnel, editorial and governance roles. She is a published author who has lived and worked across Australia as well as in Papua New Guinea, the United Kingdom and Romania.

Caring deeply about gender justice, Leanne’s desire is to see all people reach their full potential. 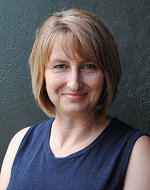 Kylie has more than a decade’s experience in professional development practice and program management, working closely with partners and communities in Africa and South and S.E Asia.

Prior to joining Anglican Overseas Aid, Kylie worked with a similar sized Christian agency where she developed her passion for building community capacity and resiliency around child rights and protection.

Kylie also brings corporate experience in the areas of people, culture and learning, which firmly underpins her strongly relational approach and commitment to transformational community development.

Kelly is an experienced development practitioner and has come to Anglican Overseas Aid after more than a decade of working with another faith-based relief and development organisation, contributing on the executive team and leading the South Asia regional program and team. Kelly has also lived and worked in Cambodia.

Passionate about building connections, sharing learning, and contributing to strengthened program quality, Kelly co-founded the Melbourne Development Circle, a networking group bringing together development professionals to discuss issues of importance in the sector. 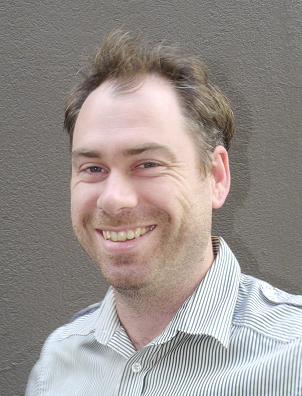 Tim is an international development professional in disaster risk reduction, with over a decade’s experience in managing complex projects and stakeholders in Australia, S.E Asia and the Pacific.

Tim has lived and worked in the Pacific, and is committed to following his passion of building resilience and reducing the impact of disasters on vulnerable communities across the region. 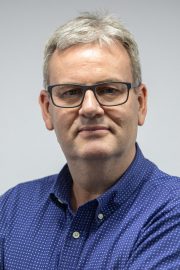 After almost 20 years working in marketing and general management roles in large Australian corporations, Darren has spent the last decade working in the aid and development sector.

Darren has worked in both large and boutique not-for-profits, including most recently leading a youth-focused social enterprise. He has worked in and managed the areas of philanthropy, marketing, advocacy, education and programming, working in Australia, Cambodia and Vietnam.

Passionate about youth and education, Darren is currently studying a Masters of Global Education. 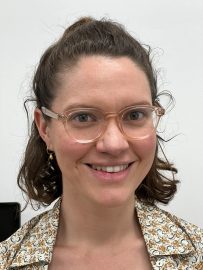 Katherine developed her production and writing skills whilst working at an independent production company in Melbourne. She then shifted careers, spending the next decade supporting and equipping young people with the tools they need to overcome adversity within a school context.

After the birth of her second child, she was eager to return to writing, this time producing creative content for a youth organisation.

The Most Revd Dr Philip Freier

Archbishop Freier came to Melbourne in December 2006. He was previously Bishop of the Northern Territory and had also worked in ministry in Queensland. He has lived and worked in indigenous communities and is strongly committed to social justice issues and to engaging the church with the wider community. From August 2014 until April 2020, Archbishop Freier was the Primate of the Anglican Church of Australia.

Chair of the Board

Tom has been a member of the Anglican Church since beginning to follow Jesus as a 19-year-old. From this beginning, God’s special concern for the poor – and our joyous duty to share in his love and generosity for others – has been central to his faith journey.

Tom is a management consultant at Cube Group, where he advises government and not-for-profit boards, executives and organisations in organisational strategy and performance improvement. His career includes senior executive positions in the Victorian public service, working on family violence and child protection reforms. He has served on a number of church and not-for-profit boards, including as Chair of Mustard, a ministry supporting young Christian people to live out their faith in school.

Tom and his family are currently members of St Thomas’, Burwood. His wife, Hannah, is an ordained Anglican priest and lecturer in theology at Ridley College. They have two primary school-aged children, Liam and Amber.

Deputy Chair of the Board 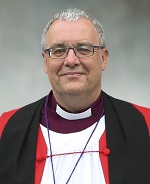 From 2009-2016, he was with the Church Missionary Society based in Malaysia, teaching in Seminari Theoloji Malaysia, as well as being a Visiting Lecturer in Old Testament and Preaching in various seminaries in India, Pakistan, Myanmar and Thailand. From 2014-2016 he was also the Asian Regional Coordinator for Langham Preaching and Langham Scholar Care, training preachers throughout Asia.

Paul was consecrated in November 2016 as Assistant Bishop for Jumbunna, part of the diocese of Melbourne comprising the outer southern and Eastern suburbs.

Other duties: Member of Governance and Nominations Committee 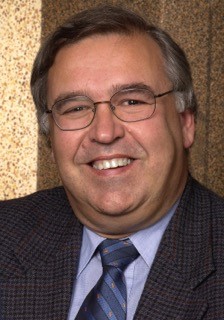 Ray Cleary has been a community leader with more than 35 years’ experience in senior roles within community service agencies.

He has previously served as CEO of Melbourne City Mission and Anglicare Victoria, and is an ordained Anglican Minister.

In addition to his professional work Ray has played an important role on a variety of social policy committees within the community over the years. He has been Chair of the Social Responsibilities Committee Anglican Diocese of Melbourne and a member of the Victorian Inter Church Gambling Task force. He is a Life Member of the Children’s Welfare Association of Victoria and has been a Board Member of the Victorian Council of Social Service, the Australian Theological Foundation and Families Australia.

Other duties: Member of Finance, Risk and Audit Committee 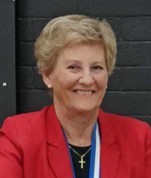 Ros was an accountant with a leading printing company, a GST Consultant and more recently a real estate agent.

Other duties: Member of Fundraising and Communications Committee 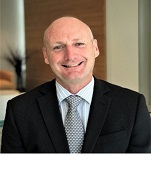 Grant was active with the Anglican church in Hong Kong and now worships at the Baptist church in Beaumaris.

Other duties: Chair of Finance, Risk and Audit Committee 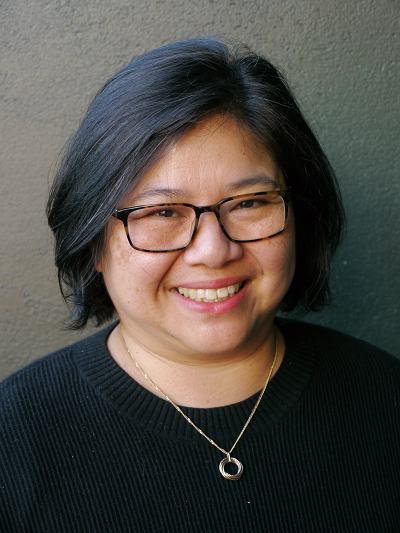 Seak-King is a Partner of Milner + Huang, a legal practice she established in 2021 in Melbourne. Her prior senior roles include: partner of Prolegis Lawyers, General Counsel and Company Secretary of World Vision Australia and partner of Clayton Utz. Seak-King chairs the Charities and Not-for-profits Committee of the Law Council of Australia’s Legal Practice section. She is also on the board of the Charity Lawyers’ Association of Australia and New Zealand and another registered charity. Additionally, she is a member of the Synod of the Anglican Diocese of Melbourne and of the General Synod of the Anglican Church of Australia.

Other duties: Member of Governance and Nominations Committee; Member of Development Committee 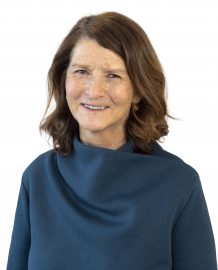 Claire is an experienced General Counsel and Company Secretary with extensive legal, strategic and commercial experience. She is skilled in establishing and managing legal, company secretarial, regulatory/compliance, risk, insurance and internal audit functions. Claire is experienced in working in the infrastructure, resources, energy, property, financial services and government sectors. She is admitted to practice as a barrister and solicitor, is a past President (NSW Division) of the Australian Corporate Lawyers Association, a Member of the Australian Institute of Company Directors, and an Affiliate, Governance Institute of Australia.

Other duties: Company Secretary; Board member; Chair of Governance and Nominations Committee 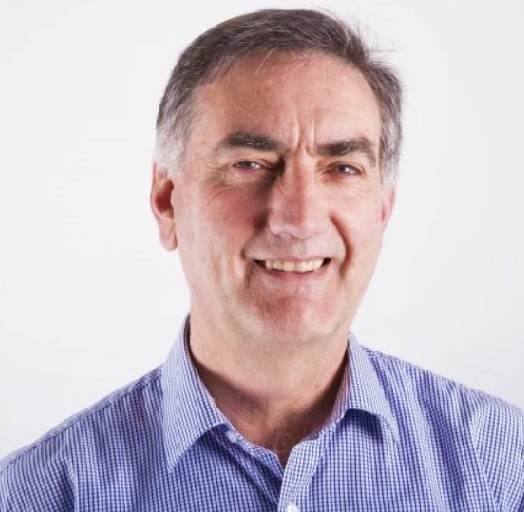 Andrew has a long history of engagement with faith-based international development agencies, including being a member of AOA’s Development Committee. He spent almost 30 years with World Vision Australia managing programs in Asia and Africa, has represented the international development sector on DFAT’s Committee for Development Cooperation, and convened the Measuring Effectiveness conferences. He is currently the International Programs Manager for Leprosy Mission Australia and is active in his local church.

Other duties: Chair of Development Committee

Robin is an Associate Professor, adjunct to the College of Medicine and Dentistry at James Cook University. In June 2012 she was commissioned as the first Ambassador for AOA.

Robin is a life-long Anglican and has served in children’s and youth ministry and on parish council in both Victoria and Queensland. She is currently the national coordinator for the Overseas and Northern Outreach Department, Anglican Mothers’ Union Australia.

While at Duke University in USA, she undertook night courses in biblical studies and has participated in many faith-related training programs. When requested, she leads Bible study groups at local and national conferences, including the Lambeth Conference. Robin has worked as a nurse and midwife in rural and regional Australia as well in tertiary education.

Her passion for aid and development work stems from spending short periods training nurse leaders in Bhutan and a special interest in women’s health, particularly in under-resourced settings. Over the last decade, Robin has taught Global Health to medical students. She currently supervises a number of PhD candidates who are undertaking studies related to ethical issues, patient advocacy, and sexual health in PNG.

Other duties: Member of Development Committee 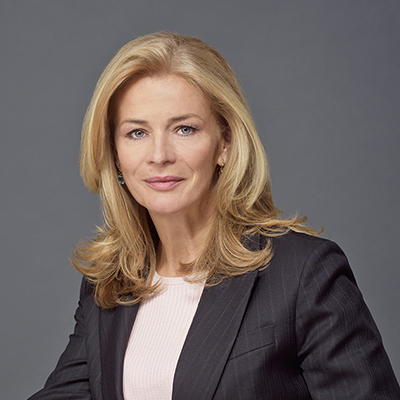 Carolyn is a professional marketer with more than 20 years’ experience gained in banking, telecommunications, insurance, motoring and hospitality. She has most recently served as the General Manager of Marketing at RACV, responsible for brand management, marketing strategy, customer experience, integrated communications and data analytics. Carolyn also sits on the Deakin University Marketing Advisory Board.

Other duties: Chair of Fundraising and Communications Committee

Considered a mentor by many and known for his passion for start-ups, Glenn’s career spans over 38 years. In 1988, after gaining experience in a wide range of industry and business sectors as an accountant with several professional firms, Glenn launched, managed and grew a successful accounting and business advisory firm. In 2013, realising his passion in working with not-for-profits and grassroots movements, Glenn launched Platform Advisors to provide a focus on the not-for-profit sector whilst continuing to serve his business clients. Glenn is a current director, committee member and advisor to a number of not-for-profit organisations and is the former Chair of The Oaktree Foundation. Glenn holds a Bachelor of Commerce from the University of Melbourne and has been a Certified Practising Accountant for over 30 years holding a Public Practice Certificate. 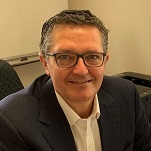 Andrew has been involved with his wife Janice, on the board of Wise Choices for Life (WCFL), a subsidiary of AOA.

He grew up at St Stephen’s and St Mary’s, Mt Waverley, where he held leadership roles. He and Janice currently worship at St Hilary’s, Kew, which they support with their time and talents.

Andrew is a Consultant Upper GI surgeon, working at Alfred Health for 30 years, and is now in private practice.  He has a long history of management experience in this business, but also built, grew and co-managed a busy day hospital in Melbourne as a core member of their Senior Management Team and Medical Advisory Committee.  He has been the Chair of Upper GI specialty group at Cabrini Health for many years and currently directs a multi-disciplinary surgical practice in Glen Iris.

With a passion for international aid, Andrew has visited DR Congo and Uganda on several occasions with other organisations.