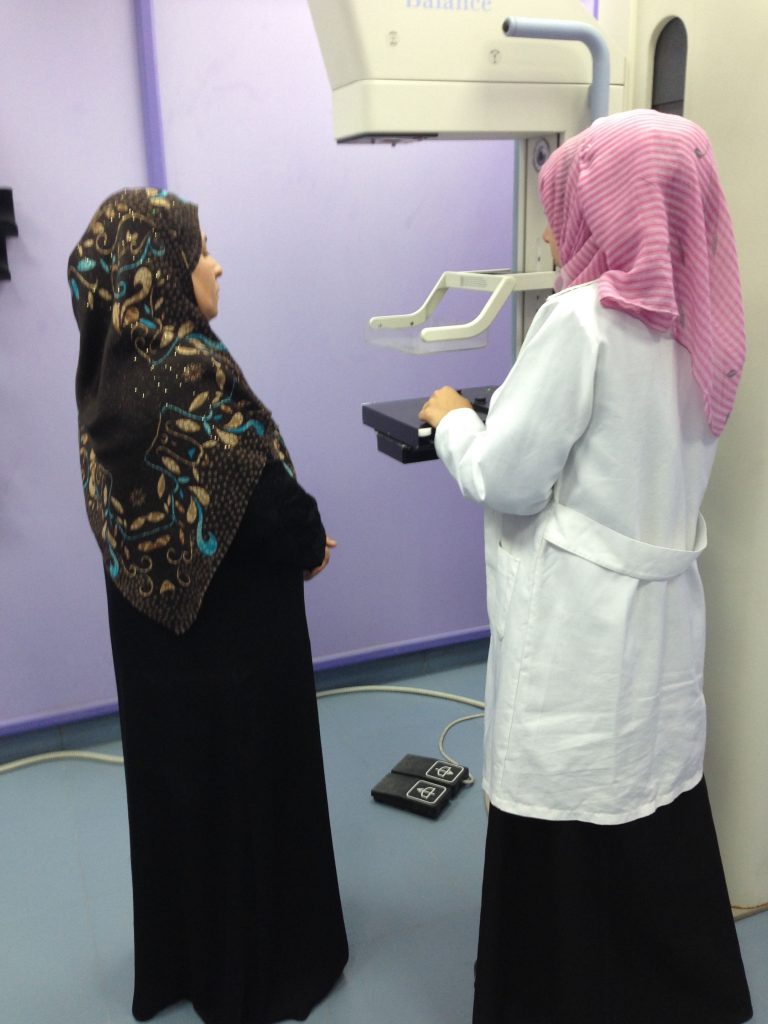 Iman didn’t know what to do when she was diagnosed with breast cancer. Thankfully, one of her relatives got in touch with Ahli Arab Hospital and now she is on her way to recovery. Here she is at the mammography machine at Ahli Arab Hospital.

This is part 2 of our piece highlighting the work of our partners in Gaza.

This week we highlight the stories of two incredibly brave women who have fought breast cancer while living in a conflict zone.

Let us introduce you to Iman and Maria, who both live in Gaza and have been treated for breast cancer at the Ahli Arab Hospital…

Patients are aware that Anglican Overseas Aid is a main supporter of Ahli Arab Hospital.

One of those patients is a lady named Iman. She came to the hospital in March, 2016 having discovered a lump in one of her breasts. In relaying the discovery of the lump, she said, “I didn’t know what to do. Thankfully, one of my relatives who used to work at one of the CBOs which is involved with AAH got in touch with them.”

From there, Iman started to receive treatment straight away. “Next day I went to the hospital. After doing all the necessary investigations, including mammography, they referred me to the breast surgeon at the hospital. After reading the radiologist report, he re-examined me and told me that I have a tumour which most probably might be cancer.”

During an anxious wait of two days to get the biopsy results, Iman discovered that she did indeed have cancer. “In spite of the all the assurance of the medical team at Ahli Hospital I went home almost shocked thinking that is the end of my life”, she exclaimed. “That night I couldn’t sleep; I cried all night ‘I’m a mother I have family to take care of’. How can I tell my children about my illness, and what will happen to them when I die!” Iman’s family is very poor, her husband is unemployed, and her eldest son works only part time. The future looked bleak.

Iman had a mastectomy at the hospital and went home to recover. After the surgery, Iman was looked after with great care. “The doctors and nurses were very nice to me. One of them didn’t leave me all the night long. She was like an angel taking care of me”, Iman said. “The whole team at Ahli Hospital were so kind to me. Making me feeling that I’m a member of their family. I was referred to have chemotherapy at Shifa Hospital then they referred me to East Jerusalem to have radiotherapy.”

As her recovery continues, Iman is thankful. “Despite of all the difficulties and suffering, I thank God that He guided me to go to Ahli Hospital which gave me hope that I will survive and continue my life with my family”, she said. 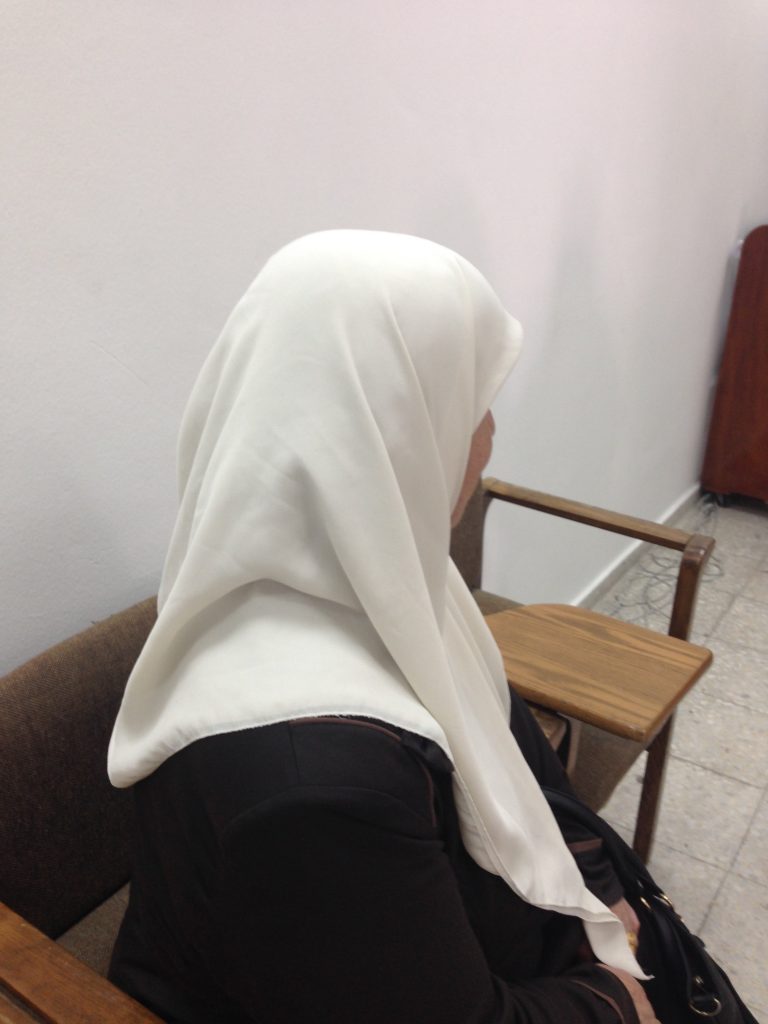 When Maria told the hospital staff that she could not afford the surgery costs because her husband is unemployed and they do not have children to support them, the hospital allowed her to have her operation free of charge.

Another patient treated for breast cancer at Ahli Arab Hospital was Maria. She is a 57-year-old married woman with no children. She lives in Gaza with her unemployed husband.

In describing her story, Maria said, “I came to AA Hospital two years ago after I felt something abnormal in my breast. I have heard about AAH free medical program for early detection of breast cancer from our friends.” When she went there, the diagnosis was not good. “They discovered a mass in my left breast. A biopsy was taken, and the result proved to be cancer,” she explained.

Maria was informed that she could have a mastectomy at the hospital. When she told the hospital staff that she could not afford the surgery costs because her husband is unemployed and they do not have children to support them, Maria was surprised to find out that she was able to have her operation free of charge.

Following surgery, chemotherapy, and radiotherapy, Maria now comes to the hospital regularly for psycho-social support. “They arrange for me and the other women to attend group meetings. We talk about the experience with our disease. We spend a nice time; each one of us feels much better after our meetings because we all feel the same,“ Maria said. “I can’t tell you how much this psycho-social support helped me to overcome my bad feeling about being ill and the long treatment we received.”

These are just some of the stories coming out of the work of the Ahli Arab Hospital. In incredibly difficult conditions, they are saving the lives of women who had faced a very bleak future.

Anglican Overseas Aid is grateful to support the dedicated work of the hospital. Please support us through your prayers and financial donations.

Please donate to allow women like Iman and Maria to continue to receive treatment for breast cancer. Click on the ‘Please donate’ button (choose ‘01.2017 (B) End of Financial Year Appeal: Seeds for Life’ from the ‘Donation’ drop-down menu):