On 30 June 2020, our partnership in South Africa with the Department of Social Responsibility (DSR), Diocese of Grahamstown, came to a close. Here, we look back on the years of partnership and the success of the work. 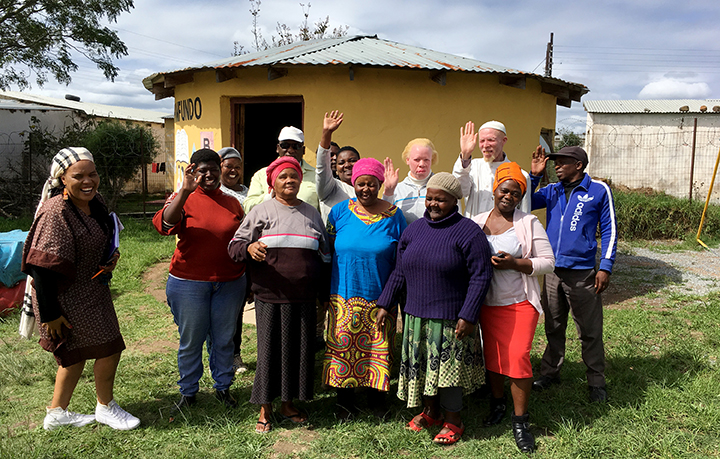 The Eastern Cape Braille Institution is a key member of the Sinakho Safe Community Network.

There are always mixed feelings when a partnership comes to an end. While it is sad to say goodbye to communities we have been working with for many years, the end of a program is also acknowledgment that communities have been empowered to lead and drive their own change, which is the ultimate goal of our work. Community development is about the long-term, and we are very pleased to have been able to play a role in the strengths-based development of communities in the Diocese of Grahamstown.

Anglican Overseas Aid first began work with the Diocese of Grahamstown in 1990. The partnership came about from a request for assistance in advocacy made by the then Bishop, David Russell. From 1999, AOA worked with the DSR in the Eastern Cape Province, entering into a Partnership Agreement in June of that year, with a grant of $25,000 to support the program.

By 2004 the focus of our programming partnership was the prevention of HIV and AIDS through awareness raising, community education, community-based care to vulnerable groups, nutrition and reliable access to food.

Our partnership with the DSR evolved over time from mitigating the impact of the HIV/AIDS epidemic to the more broadly focussed Women’s Empowerment Program.

This project supported vulnerable women by increasing their ability to feed their families through permaculture skills and building community intolerance towards violence against women and children.

A major part of the project was the development of the Safe Community Network, in which leading women and men were trained in gender issues, women-centred responses to violence and abuse, HIV and AIDS issues, the Sexual Offences Act, citizen forums and counselling. They focused on vulnerable groups within their community: rape victims, the elderly, youth and children, teaching them about the laws that should protect them. They also trained police, health, and justice staff about their duties under these laws.

The Women’s Empowerment Program evolved into the recently completed Sinakho Safe Community Network. In this project, dynamic women leaders and male role-models were equipped to become a grass-roots Safe Persons Network. This network provides a safe and responsive way forward for people affected by violence and abuse.

This network continues to strengthen community efforts to protect women and children from violence and advocates for action on crime through their local police and justice system. The result is that now vulnerable people know where to seek help and have greater confidence to report sexual assault.

South Africa continues to face many challenges. HIV/AIDS rates remain high, unemployment is at least 30 percent and sexual and gender-based violence is prevalent across the country. Amidst these challenges, thanks to the long-term partnership between AOA and the DSR, communities in the Diocese of Grahamstown are now able to build on their firmly established safety networks. In this way communities are able to advocate for justice on their own behalf as they pursue lives with a greater sense of dignity and self-worth.

AOA would like to acknowledge the outstanding work of the Department of Social Responsibility over the course of the partnership, and we thank both AOA supporters and the Australian Government for the long- term assistance that has made these achievements possible. 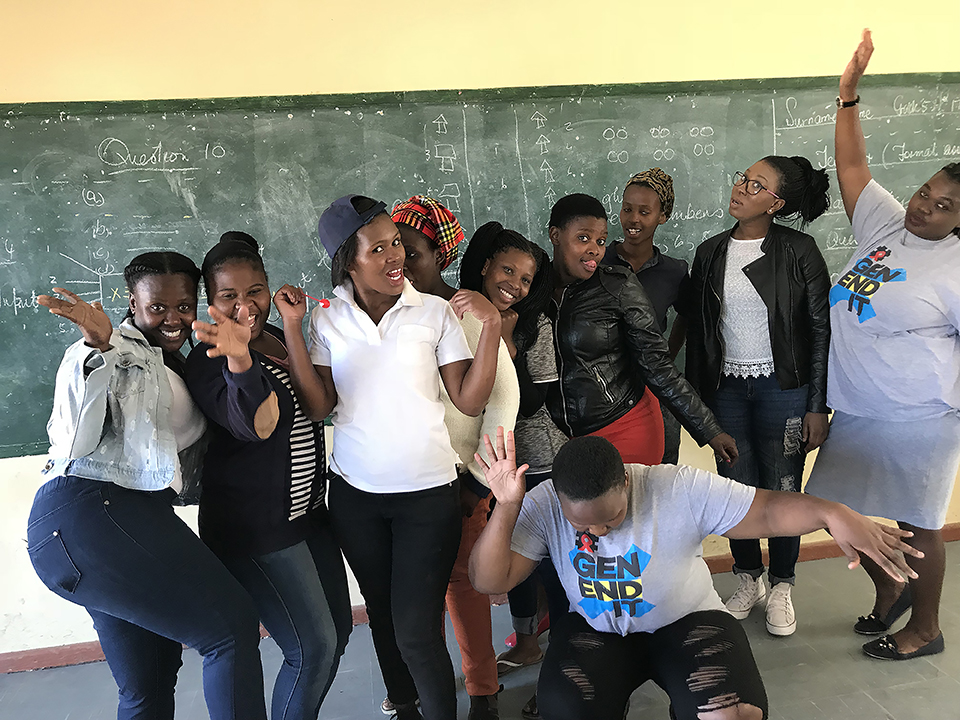 Young activists campaign for the end of violence against women.