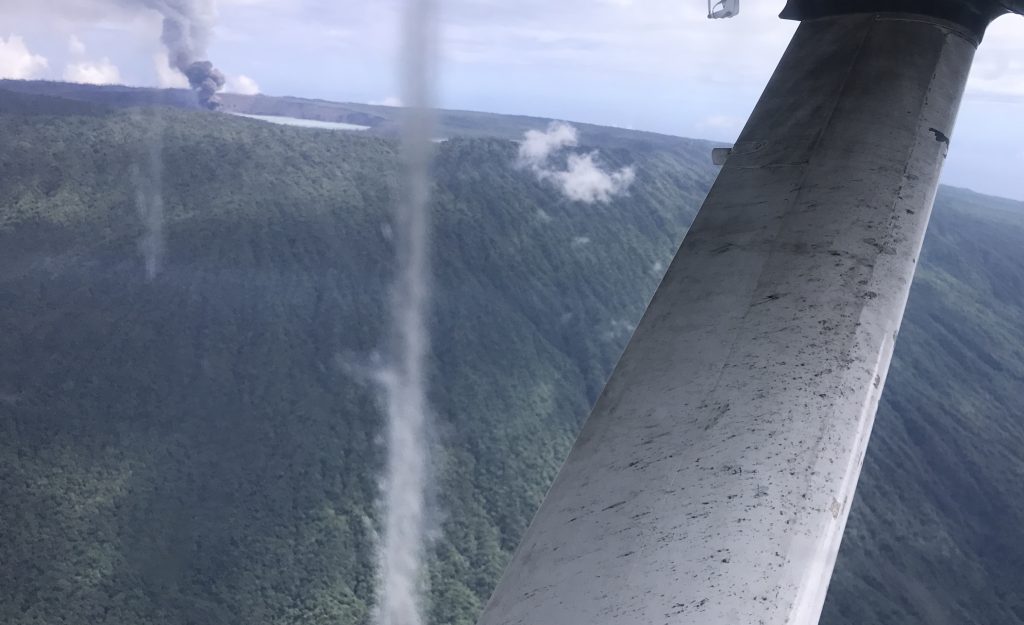 Have you ever seen a volcano erupting? That’s what is currently happening on the island of Ambae in Vanuatu, and it is threatening the livelihoods of thousands of people.

Vanuatu is the most at-risk country in the world in terms of being able to respond to natural disasters. The volcano has already forced the Vanuatu Government to order the evacuation of the whole of the population of Ambae – about 10,000 people.

One of our colleagues, Grace, has just returned from nearby Pentecost Island, with our partner, the Anglican Church of Melanesia (ACOM) where the volcano can be seen and heard. Grace has been told that you cannot walk very far on Ambae Island at the moment without having to cover your head from the ash.

Locals on Ambae are used to the volcano smoking, so initially they and people living on neighbouring islands weren’t concerned about it. But when Grace and our colleague from ACOM arrived on Pentecost on Sunday they learned that people there had woken between 3-4am to the sound of volcanic explosions. That is when they thought things were out of character.

A local chief, Phillip, who is 80 years old, said he had never heard the volcano like this and had never seen the red lava spew out of it as it has been in recent days. Phillip is having trouble sleeping now as he is worried for the children.

People are scared. They are worried about ash ruining crops and polluting water, and the uncertainty of whether volcanic eruptions will progress further. As well as that, two other volcanos in Vanuatu have had increased activity this week.

The short-term needs on Ambae are for food and water. Given the large amount of ash at the moment, there is a grave fear that water sources and crops will be polluted and made unusable. There is also a need for evacuation centres to be able to provide food and water, and for transport costs between islands to be met. Only then can the long-term needs of replanting crops be thought about.