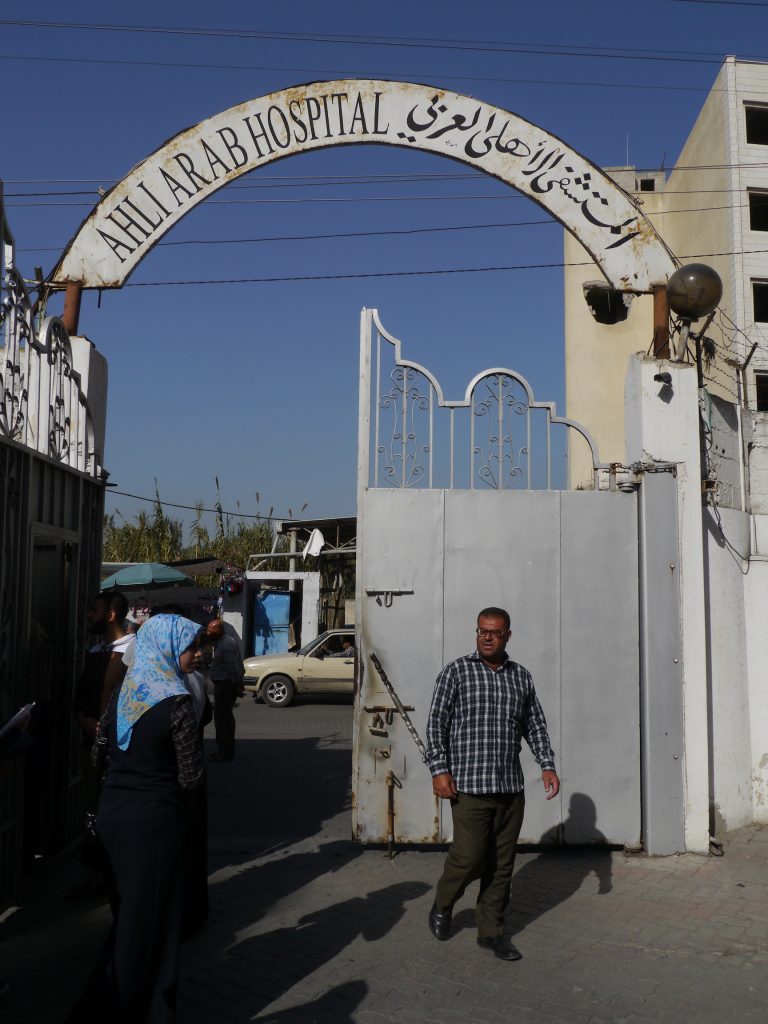 We continue our series this week on sowing seeds, as part of our stories of success to highlight the great work done by our partners overseas.

This week and next week we focus on the Ahli Arab Hospital in Gaza.

The Gaza Strip is one of the most densely populated regions in the world. Just 11 kilometres wide and 51 kilometres long, it is home to 2 million people. Unemployment is approximately 40% and electricity is on for only six to eight hours per day. Movement of the population is also severely restricted.

In this context, the Ahli Arab Hospital (AAH) operates, among other things, a breast screening service which is funded by support from Anglican Overseas Aid with the help of the Australian Government’s Department of Foreign Affairs and Trade (DFAT).

The Medical Director of the hospital, Dr Maher Ayyad, recently spoke with Anglican Overseas Aid. He was joined by Chief Operating Officer, Samira Farah and a member of a local community-based organisation, Sahar Hakoura.

Over the past 12 months, the hospital had planned to screen 870 ladies above age 40. As at the time of writing, they had screened and will do the remaining 20 before the end of June.

The survival rate from breast cancer in Gaza is between 50-55%, compared to approximately 80% in neighbouring Israel (and in Australia). The low rate in Gaza has actually improved from 45% five years ago. The reason has been the ability to detect breast cancer earlier due to improved technology as a result of funding from Anglican Overseas Aid. The hospital is now one of the leading centres in the Gaza Strip for breast cancer treatment.

The success of the hospital’s breast screening program has meant that they now have a contract with the United Nations Relief and Works Agency for Palestine Refugees in the Near East (UNRWA) whereby more patients are being sent to AAHto receive treatment for breast cancer.

Life in Gaza is extremely difficult, and it is no different for hospitals. All hospitals in Gaza are short of medicine, short of maintenance equipment, and have a shortage of expertise and funding to run the hospitals. Petrol is also expensive for people to get to the hospital. So, the work that AAH has been able to achieve is even more remarkable given the conditions they are forced to operate in.

Their dedication has not gone unnoticed however. Recently, the Director of the hospital, Suhaila Tarazi, was awarded the Langton Award for service to the Community by the Archbishop of Canterbury, Justin Welby, at a ceremony at Lambeth Palace in the United Kingdom. In presenting the award, Archbishop Justin noted that Suhaila’s “outstanding service to the community has been carried out in one of the poorest and most neglected corners of the world. She has guided the provision of vital medical services with a calm grace”.

Suhaila has given more than 40 years of her life to the people of Gaza. Typically, she was quick to note that this is not an award just for herself but also for the whole hospital team, and for the long-term partners such as Anglican Overseas Aid. We are certainly very privileged to work with such dedicated and committed people.

You can read more about Suhaila’s award here and here.