Home Anglican Church of Melanesia, Vanuatu How your donations have been spent in Ambae! 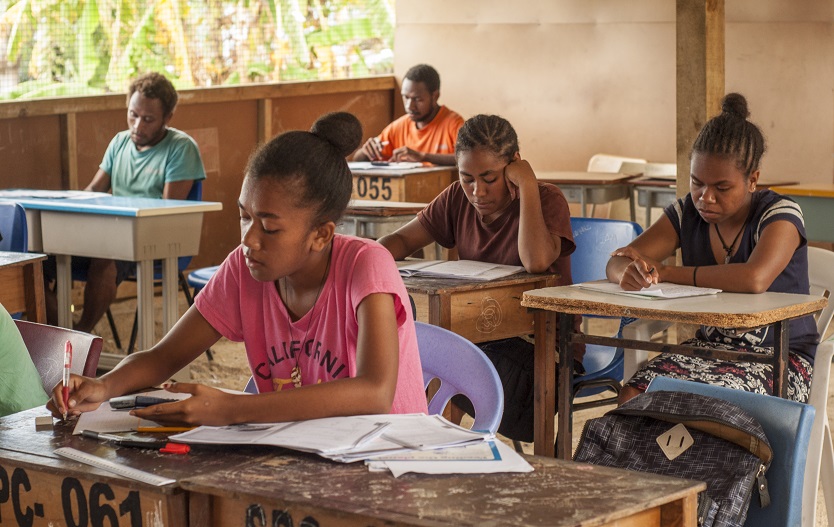 Last year we provided $10,000 from our Rapid Response Emergency Fund to our friends in Ambae, Vanuatu. This was to assist them with their recovery and rehabilitation efforts following the volcanic activity that had forced the evacuation of the entire population of the island.

We are now able to report back to you about how this money was spent.

Our partner, the Anglican Church of Melanesia (ACOM), has been implementing the response efforts. The particular focus of their response was directed to the affected ACOM institutions that were evacuated from Ambae in May last year. One of those institutions was St. Patrick’s College (SPC) – which at that time had more than 300 students enrolled – and staff and family members, and the Torgil Training Centre, which had 46 students plus staff and family members.

Teachers from SPC have been provided temporary accommodation and food ration relief supplies. Students have also benefited, being provided with regular food ration supplies, and boarding students were housed in dormitory buildings at their host schools.

Some evacuees are also staying in Shark Bay, in the rural area of Santo. They have been provided with transport so they can take up gardening and local food harvesting. Produce from the food harvesting is then being used to feed evacuees in nearby Luganville.

Overall, your support has contributed to a total of more than 2,385 evacuees from Ambae being able to benefit from the assistance provided between May and December last year.

Thank you for your support! It means so much to the people of Ambae.