Mozambique is a country that does not often make the news. As well as the ongoing recovery from Tropical Cyclones Kenneth and Idai in 2019, and the more recent Tropical Cyclone Eloise in January this year, civil and military conflict has gripped the north of the country, devastating whole communities and sending them fleeing for their lives.

The Archbishop of Canterbury, Justin Welby, has called for peace in the region, endorsing a statement by international faith leaders highlighting the trauma the Cabo Delgado province is enduring, with close to 2,000 people losing their lives and over 500,000 people forced from their homes.

Because of this tragic loss of life and massive displacement of people, there has been an increase in poverty, with a lack of food and shelter being key issues. With so many in temporary housing like tents, and little access to water and sanitation, increases in malaria and other water-borne diseases highlight the reality of what has become a humanitarian disaster in the region.

The displaced people have lost their homes, security, and livelihoods, and many have lost their family members. They are wandering, looking for help. They are groaning in pain and need their cries to be heard. 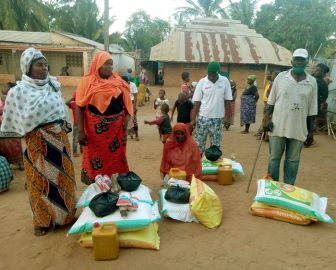 The plight of the displaced people in Mozambique is a reminder of another group of people, thousands of years prior, whose groans and cries were heard by God.

In the first chapters of Exodus, we learn not only about the beginning of the life of Moses, but of the cries and groaning of the people of Israel under the weight of persecution caused by the Egyptians under the mighty Pharaoh.

Our God is not a God who is indifferent to suffering.

Anglican Overseas Aid has been working with our partner, the Anglican Missionary Diocese of Nampula, to help them in their work with Internally Displaced Peoples (IDPs) in the Cabo Delgado province.

This Easter Appeal, we are asking you to assist with the urgent needs of more than 500,000 people in Mozambique who have lost their homes and face poverty and vulnerability. The needs are widespread and immediate. They include reliable access to food, arranging for adequate shelter, and healing from the trauma the people are experiencing. Communities currently hosting the displaced are struggling to share meagre resources as their population doubles in size.

Will you hear their cry and help us respond to the urgent situation in Mozambique?

The Anglican Missionary Diocese of Nampula has advised us that they need the following:

We invite you to be part of this response by supporting our Hear Their Cry Easter Appeal.

Please also continue in prayer for all those impacted by the violence, and the work of the Anglican Missionary Diocese of Nampula in what is a very stressful and trying environment.

(Above): Families seeking safety in the city of Pemba, where they are being hosted by family and friends. They have received food, water purifiers and hygiene supplies from the Anglican Missionary Diocese of Nampula. (Heading photo) 1,000 people are living at the Namiolo camp after fleeing from their homes amid violent insurgencies. Photo credit: Anglican Missionary Diocese of Nampula 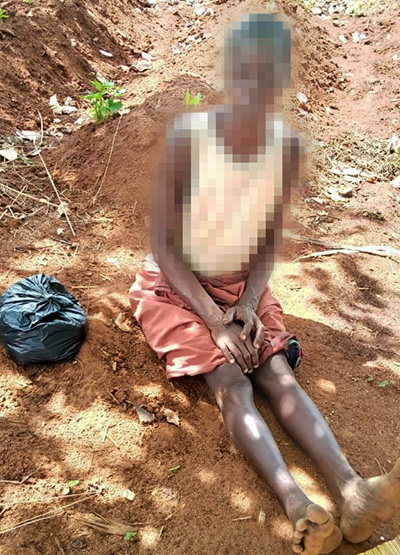 Gabrielle is 49 years old and fled from her home town in the north of Cabo Delgado. During the conflict, her five children and four grandchildren were all killed in one night. She fled with her husband but insurgents caught them and killed her husband in front of her. She was so traumatised that she fled to the bush and lost her will to live.

She ate or drank nothing for three days and three nights in the bush. Another group who were trying to escape found her and she fled with them on a boat to Pemba, a safer coastal city.

Gabrielle is currently staying in Pemba, but she still feels hopeless and forgotten. She is just one of the thousands whose stories are similar: they have nothing and are vulnerable to many dangers that come with being displaced.

The team from the diocese met with her to hear her heartbreaking story and support her with some basic needs.

*Gabrielle’s real name has been changed and her image obscured to protect her privacy in her time of grief and trauma. 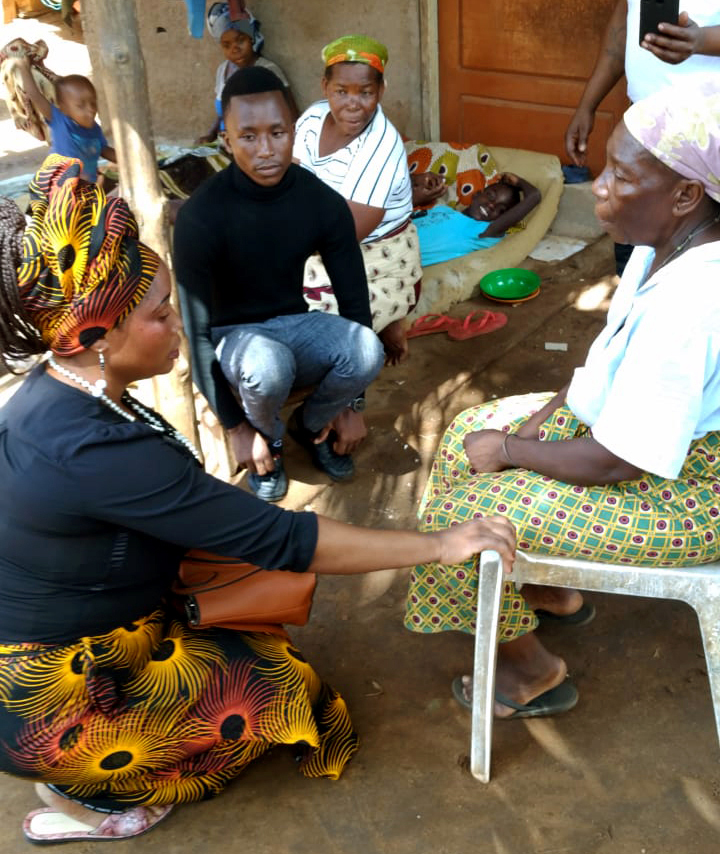 Amália is a 62 year-old woman who lives in Pemba, a town that is hosting many internally displaced people who have fled from the violence in Cabo Delgado, Mozambique.

She already lives with another single woman, with whom she cares for six children. She has a small business but doesn’t make a lot of money; just enough to survive.

When the war forced her family to flee with nowhere else to go, she graciously welcomed an additional 35 family members into her small and simple home.

The government supported her and her family with one bag of rice and two litres of oil, however that didn’t last long. Until then, they received nothing, and now they are struggling again. Most of them sleep outside on bags that double as mattresses.