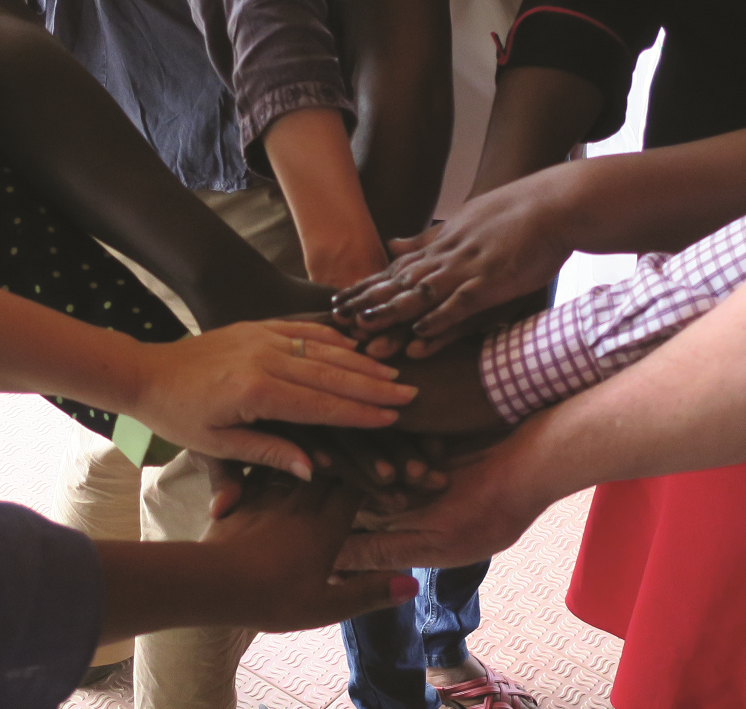 When looking at the stories of Jesus in the gospels, we see that he always treated people according to their circumstances. He never actually operated according to a formula. Some people he healed away from the crowds, while others were healed by him in full view.

A wonderful story of transformation in the gospels is that of the woman with the flow of blood. Picture the scene: there are people everywhere. By this stage of his public life, Jesus’ popularity was at its peak. The crowds were all clamouring around him, pushing and jostling him.

Now consider the woman. Women in 1st Century Palestinian culture were considered to be second-class citizens. Your testimony was not valid in a court of law if you were a woman. This particular woman had also had haemorrhages for twelve years, meaning that she would have been considered ‘ritually unclean’ for that whole time. She was most likely unable to have children, which also meant that there was a good chance she was divorced. Again, in that culture, you were considered cursed by God if you couldn’t have children, and a husband could easily divorce his wife for that reason.

This woman did not have a lot going for her; she was a social outcast. No wonder she was so timid that she could only put a finger on Jesus’ robe in her attempt to be healed. She had such a low sense of self-worth and the fear of being noticed was too much for her.

Then follows a couple of incredible events. First, she is healed physically. After all the years of paying money to unscrupulous doctors who left her worse off than before, finally something had changed in her body and she knew it. Imagine her shock as she realises this.

Then we have Jesus asking the seemingly bizarre question of who touched him, when there were people crowding him in on every side. Why does Jesus ask who touched him? Because mere physical healing was not what Jesus was about. He wanted to do more for this woman.

So, as the woman comes forward in fear and trembling, we see that gentle healing continue. Jesus affirms her in front of everyone, and he does it by calling her ‘daughter’. This woman, who has been defined by others and by herself as ‘less than’, is now told by Jesus that she is included. She is identified as one of the family. Imagine what this does for her. She is now no longer a pariah.

The story of the woman with the flow of blood highlights the type of transformation that Jesus provides. It is not about physical healing alone. It is transformation at every level of existence: the personal, the social, the emotional and the psychological.

The ripple effect of this type of transformation can extend beyond the individual to the rest of society, including our economics, our morality, and our environment. It is a transformation of love, and there is no part of existence that is left untouched by it.

This is the type of transformation that we seek in our work at Anglican Overseas Aid. We seek to help people have the abundant life that Jesus offers. It is a life where people live with dignity, being able to sustain themselves and lift themselves out of poverty. It is also about supporting our partners to assist marginalised communities to promote community wellbeing.

Through Jesus’ life, death and resurrection, all things are being made new, all things are being transformed. He demonstrated this in the healing of the woman with the flow of blood, and he is demonstrating it today through giving poor communities abundant life. Through your support, the destructiveness of poverty is giving way to the transformation of love as the Spirit works through lives committed to Jesus and his reign on earth as it is in heaven.

Find a quiet place to sit, close your eyes and imagine yourself as one of the onlookers in the crowd when the woman with the flow of blood comes to Jesus to be healed.

Look around and notice the people in the scene. What are people saying to each other? Imagine the smells and the sounds. How do people react when Jesus asks who touched him? Picture the woman coming forward, probably bent over, timid, initially terrified at being called out by Jesus.