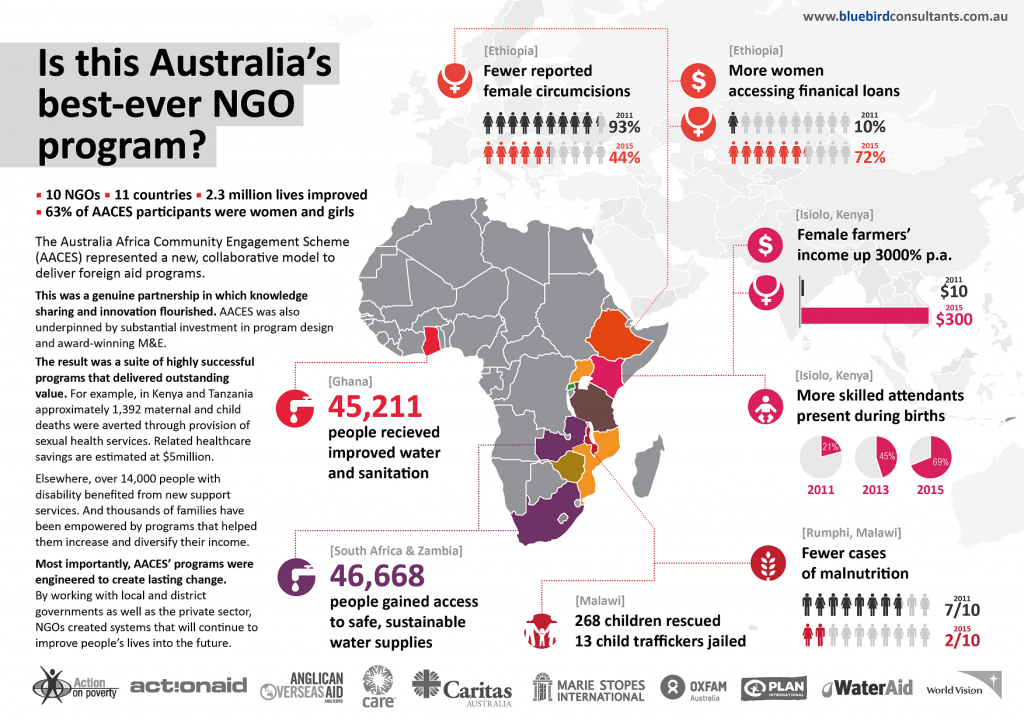 We have just received this infographic about the Australia Africa Community Engagement Scheme (AACES) which we contributed to from 2011 to 2016.

Through this program we supported the work of Valerie Browning in the Afar region of northern Ethiopia, as well as the Anglican Church of Kenya Mount Kenya West Diocese.

This infographic shows the full impact of the AACES program over the five years that it ran.

Our contribution to AACES was detailed in our most recent Annual Report.