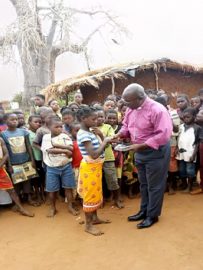 It has now been two months since Cyclone Kenneth hit parts of Mozambique.

One of the areas affected by the cyclone was Chimoio, in the District of Chiure. People in the communities there have been experiencing diarrhea-related disease and loss of crops. We contributed $10,000 to our partner, the Diocese of Nampula, for food support for 67 families.

As is almost always the case in natural disasters, women and children have been the most affected by the cyclone. One of those children is Anifa, a 12 year old girl from Chimoio who is in Grade 6 at the local Anglican School.

A team from the Diocese of Nampula met Anifa while she was preparing dried maize for lunch a week after the cyclone hit her village. Anifa had convinced her family to be interviewed and listed for the diocesan relief program, but they were planning to move out to other side of the Lurio River in search of food in exchange for labour. This, however, would have led Anifa to drop out of school. Situations like this are how people in northern Mozambique normally cope during times of hunger. They will work for a landlord in exchange for food rations.

When the initial food aid arrived from the Diocese however, Anifa and her family received their share, and their plans to move away changed, allowing Anifa to return to school.

When the bishop and senior diocesan staff members visited Chimoio, Anifa had also received school materials. When they asked her about her plans to cross the Lurio River, she said in a typical local, shy voice “n’nari”- ‘no, I have changed my mind, I need to finish school’. 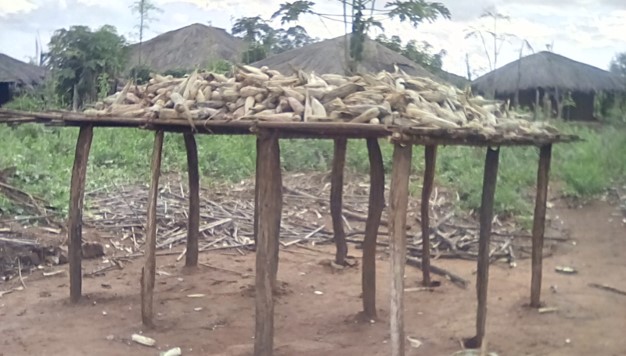 The Diocese is happy to report that, “with Anifa’s story, we have learned that it is not just about food aid, but with these quite small gestures we are beginning to change people’s lives. Hunger and poverty are the major triggers of most of social ills in rural communities”.

Anifa was heading for a life of dropping out of school, forced marriage, early pregnancy, and gender dependency. Her name would have been added to numerous others in poor, rural households, but now she is inspired and hopefully reversing her fate. As members of the Diocese say, “Let us together continue touching lives, one at time, and change the face of northern Mozambique”.